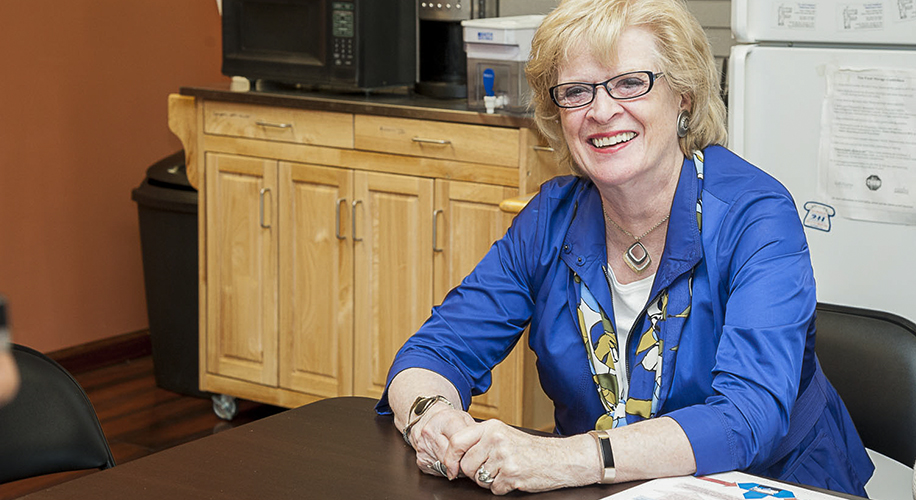 The Board of Directors of the Conrad and Virginia Klee Foundation announces that Judith C. Peckham, the Foundation’s Executive Director, will retire at the end of August 2019. Ms. Peckham, who has served for over thirteen years as Klee’s first Executive Director, has a nearly forty year record of service to the non-profit and philanthropic communities in Broome County, including Roberson Museum and Science Center, the Hoyt Foundation, Ahearn and Howland Foundations, and as founding director of the Community Foundation. Ms. Peckham was instrumental in the creation of the Broome County Arts Council, the Broome Leadership Institute, and in the formation of Exponent Philanthropy, a national organization for foundations with few or no staff. During several of her eighteen years as a SUNY-Broome trustee, she served as chair. She continues as an officer of the UHS  board of directors that she previously chaired. In addition, she has served on numerous local, state and national nonprofit boards and has been mentor for many non-profit executives and board members in Broome County and elsewhere. In 2016, she was named “A Woman of Distinction” by the NYPENN Pathways Council of the Girl Scouts, and later that year received the Sigma Award from the Binghamton University Dept. of Public Administration “For a lifetime of service to greater Binghamton.”

An event thanking Ms. Peckham and celebrating her achievements will be held this summer on a date to be announced. The search for a replacement will begin immediately; the job announcement may be viewed by clicking here.